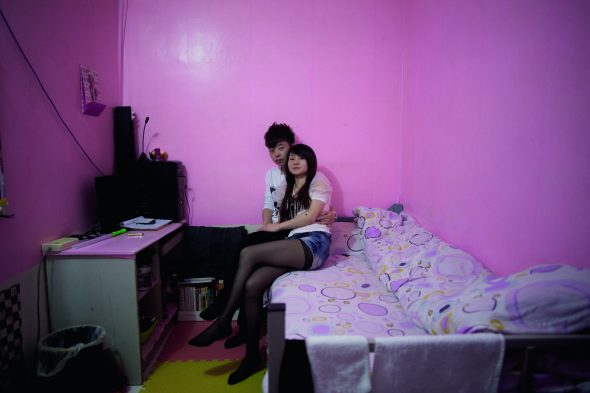 Twenty-four-year-old Jiang Ying and 23-year-old Li Ying sit in their basement room in central Beijing, China, May 14, 2011. Jiang Ying, a bar waitress, and Li Ying, an office worker, have lived here for one and a half years, making the room their own by adding bright pink wallpaper. Faced with sky-high property prices, living underground is often the only option for this legion of low-waged migrant workers, who make up one-third of Beijing’s estimated 20 million people.